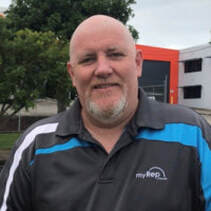 Hi my name is Jason Marshall, founder of War Bonnet and the Author of the Recreational Power Guide.  If you have found your way to this web site there is a fair chance that like me, you share a passion for adventure and the great outdoors.

For me, standing with my feet in the sand with my late Dad's old surf rod is without doubt my place of greatest happiness.  It's not something I get to do all that often, but when I do, well there is just no better place to be. In fact I love the whole lead up to a trip. The planning, the vehicle fit out, packing all the right gear, the plan of attack and the excitement on the families face on the morning of departure.

Over the years you pick up a lot of good tips and you meet some really wonderful people. I am always amazed at the generosity of my fellow Australians when I am in the great outdoors. So I felt it was time to give some of this information back and to provide a place where others can share with me. This site is in a constant state of evolution so you may want to drop by again soon to see what has changed.

So please enjoy the site and if you like it, share it with your friends.  Without your referral we will never grow.

Jason Marshall MIAME
`WHY THE NAME WAR BONNET
When I was a young lad I was a mad horse rider and there was an Appaloosa up the road named Prince Shiloh. On rare occasions I would get to ride him.  He was an amazing animal, so powerful, so spirited and so full of vigor. He was at his happiest in full flight!  The stud that he was on was named War Bonnet and I guess the name always stuck with me. However it wasn't until years later that I read the meaning of War Bonnet on Wikipedia and I was really quite taken back. You see I could totally relate the meaning of a War Bonnet to my life and life in business. You have to earn your stripes whether that be in business, life or in your recreational pursuits. The head dress is not just about battle, it is about community and service to your tribe. I think of all the great adventures and battles I have had in my life and I wonder, what would my War Bonnet look like?

War Bonnet According to Wikipedia
War bonnets are worn by honored plains Indian men. In the past they were sometimes worn into battle, but most often worn for ceremonial occasions as is the case today. They are seen as items of great spiritual and magical importance. The eagle is considered by Plains tribes as the greatest and most powerful of all birds, and thus the finest bonnets are made out of its feathers.

Its beauty was considered of secondary importance; the bonnet's real value was in its supposed power to protect the wearer. The bonnet is still only to be worn on special occasions and is highly symbolic.

The bonnet had to be earned through brave deeds in battle because the feathers signified the deeds themselves. Some warriors might have obtained only two or three honor feathers in their whole lifetime, so difficult were they to earn. The bonnet was also a mark of highest respect because it could never be worn without the consent of the leaders of the tribe. A high honor, for example, was received by the warrior who was the first to touch an enemy fallen in battle, for this meant the warrior was at the very front of fighting. Feathers were notched and decorated to designate an event and told individual stories such as killing, capturing an enemy's weapon and shield, and whether the deed had been done on horseback or foot.

After about ten honors had been won, the warrior went out to secure the eagle feathers with which to make his bonnet. In some tribes these had to be purchased from an individual given special permission to hunt the bird; a tail of twelve perfect feathers could bring the seller as much as a good horse. Some tribes permitted a warrior to hunt his own eagles. This was a dangerous and time-consuming mission and meant that he had to leave the tribe and travel to the high country where the bird could be found. When the destination had been reached, ceremonies were conducted to appeal to the spirits of the birds to be killed.

A chief's war bonnet is made of feathers received for good deeds to his community and is worn in high honor. Each feather would represent a good deed. A warrior's war bonnet, such as the famous war bonnet of Roman Nose, the Cheyenne warrior, was said to protect him during battle. In several instances, Roman Nose, wearing his war bonnet, rode back and forth before soldiers of the United States Army during battles of the Indian Wars and, despite being fired upon by many soldiers, was unscathed.


A VERY SPECIAL THANK YOU
I would like to thank all the amazing people in my life.  First and foremost my amazing lady Tina (soon to be Mrs. Marshall), my kids (even the new ones) who I just love with all my heart, all my mates (You know who you are) and a very special thank Steve and Shez Phillips for the use of the great photo's that they have taken on their many adventures. Steve is a great mate, a top bloke and if anyone would like to get in contact with Steve regarding his photos then just send your details through the enquiry form on the contacts page HERE and I will forward it on for you.  Alternatively you can follow them on instagram at #cruisin_our_country
​